In 1897, Mervin and Olive moved out of Bucyrus to pursue new opportunities and help recover from their financial downturn.  They eventually settled in Colorado Springs, Colorado.  During 1897 and 1898, Mervin became involved with several successful mining enterprises.

In 1898, Mervin and Olive acquired several hundred acres of land in the state of Nebraska (Central City and Omaha). At this time, Mervin owned and operated for himself and Mr. T.B. Hord several large stock ranches. Mervin also served as a stock dealer at the stockyards.

Upon his financial recovery, Mervin undertook new ventures, one of which was to visit to the town of Goldfield, Nevada.

In 1905 Mervin urgently contacted his son Orra, to encouraged him to also become involved with some of his mining ventures in Goldfield, Nevada– specifically to investigate an an abortive mining camp there.

The investigation of an abortive mining camp came about because  some of Mervin’s Chicago friends had taken on a mining claim on a debt.  They were afraid to trust the so-called experts on mining properties, fearing they were being tricked.

Knowing Mervin Monnette to be ethical, these friends relied on Mervin to give them an honest reporting—despite the fact Mervin lacked any significant mining knowledge.

They asked him to make a trip on their behalf to discuss the advisibility of making a trip to the deserts of Nevada—which was then  considered wild and unknown.

Initially, Mervin was reluctant to go due to preoccupations with his cattle business in Omaha, Nebraska. But his son, Orra, encouraged him to go.

In the end, Mervin decided to make the hazardous trip. It was ultimately a “golden” opportunity of a lifetime for both Mervin and Orra Monnette.

Today, it’s difficult to fully comprehend the extreme conditions experienced by gold seekers back in 1905– both in terms of dangers and the isolation.

Goldfield was then without any railroad communication and literally two hundred miles from nowhere. Without either timber or suitable stone, the “houses” were tents of cloth or canvas; some were simply dugouts or holes in the ground.

At the time, Mervin Monnette was almost sixty years-old,  This was a dangerous undertaking for anyone  unused to these hardships—let alone someone his age.  Nonetheless, at sixty years old,  Mervin suddenly became a gold seeker, going to Goldfield, Nevada, in the summer of 1905.

Mervin soon reported to his Chicago friends and clients that their mine had already been “salted,” which save them a considerable amount of additional expenses.

Stories of alleged gold discoveries were frequent in the general area. So Mervin decided to remain in Goldfield a bit longer after making his report to his friends.  He wanted to see if anything good would come his way. 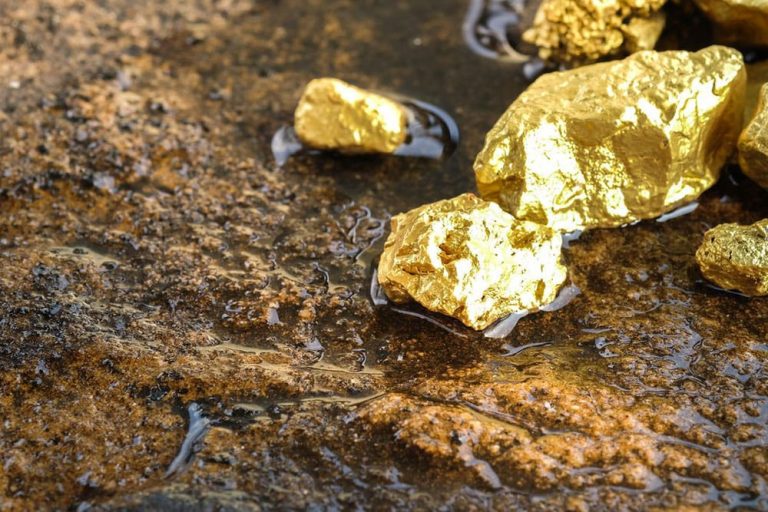 He soon became acquainted with Mr. Granville H. Hayes, a graduate of the University of California.  He was also  a man of mature years, but unlike Mervin, he had been a miner for years, having made and lost already two fortunes.

Mr. Hayes was knowledgeable and experienced in practical applications, but he lacked the necessary capital to proceed.

Hayes also firmly believed certain idle or abandoned claims then owned by the Goldfield Mining Company possessed great possibilities.  At this point, Monnette and Hayes formed a partnership, and Mr. Hayes procured a mining lease upon some property.

This mining lease was executed between these two parties September 1st, 1905.

The property covered by the lease had already been mined by two separate parties and $40,000.00 was spent without results.  A shaft 80 feet deep had been sunk, cross-cutting and trenching 400 feet, and the ground pretty thoroughly prospected.  It was not even an alluring prospect then—essentially a “dry hole.”

However, Mr. Hayes took some assays (ie. the testing of a metal or ore to determine its ingredients and quality) of the refuse of former workings, and he insisted they showed or indicated bodies of ore somewhere on the property.

But without money he couldn’t do anything, so Hayes appealed to Monnette.

Monnette advanced about $10,000.00 so machinery and supplies could be secured.  The work was undertaken in earnest and with slight hope of success since others had previously failed.  It was soon evident that not enough money was at hand to accomplish anything, so Mr. J.W. Smith and Mr. Harry Benedict of Chicago  advanced their proportion of necessary funds.

In October 1905, they became joint lessees with G.H. Hayes and Mervin Jeremiah Monnette. They returned to Chicago and did not actively participate in the mining, which was carried on by the first lessees.  So in Goldfield and universally it ultimately became known as the “Hayes-Monnette Lease” on the Mohawk.

Both Granville Hayes and Mervin Monnette managed the property, sometimes even doing manual labor. It was hard work and sometimes very discouraging.

However, in April 1906 a “strike” was made and the dreams of the fortune-seekers soon became a reality.

Mervin Monnette and his partners are credited with opening up and developing both the largest, in extent and the richest gold mine which up until that time, (1906-1907) had ever been known or discovered in the history of the world. 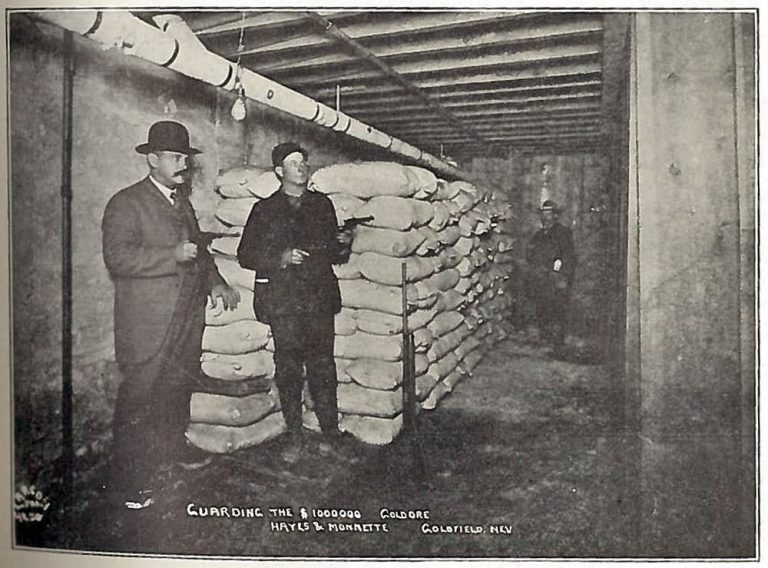 Madmen of the Desert

In 1907 Mr. Rex Beach, a writer, made a visit to Tonopah and Goldfield, Nevada, at the request of the Saturday Evening Post*.

He later wrote an account of his observations, in a series of articles, entitled, “The Madmen of the Desert”   In the this he stated:

“I had heard the story of the Hayes-Monnette Lease, of how four men in four months made four million dollars out of an acre and a half of ground on the Mohawk, yet every Nevadian to whom I talked passed me this as a fresh bit of news.  I asked of other doings, but they forced this tale at me again and again.  I turned my face away and demanded details of other mines, only to receive the Hayes-Monnette story in a new guise, like the Hank-Monk-Horace Greely episode. “

From another newspaper during that time:

“Imagine two partners working for months on a piece of ground with no results, sinking meantime their last cent, then suddenly into a chamber of solid ore containing wealth enough to realize the dreams of Croesus.  Such, in brief, is the story of the successful fight for riches made by two deserving men, G.H. Hayes and M.J. Monnette, the latter having been attracted from the comparative quiet of an Ohio city to the desert by the lure of gold."

Mervin Monnette, who met Hayes after reaching the West, put up the money, all that he had been able to get together “back home.”  Hayes furnished the practical experience, being an expert miner of years’ standing, and as their great find was made on ground with no ledge or surface indication to suggest what might be below, there is but very little question that the uncovering of their treasure house was directly traceable to Hayes’ disciplined mining sense, which prepared him to realize the possible value of the ground.”